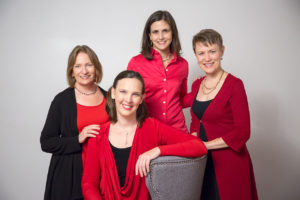 The Magnifick Consort of Four Parts—Fantasies, Suites and Sonatas for viol quartet

The second half of the 17th century witnessed the rise of violin-dominated chamber and orchestral genres, but the viola da gamba continued to inspire some of the most profound and astonishing music of early baroque. The viol consort’s increasing rarity seemed to invite the special attentions of some of the era’s finest composers, whose most daring and unusual musical ideas would find perfect expression in the intimately passionate sound-world of the viol ensemble. This concert features masterworks by three of these composers: the exquisite “Fantazias of four parts” by Henry Purcell, Matthew Locke’s “Magnifick consort of 4 parts,” and Giovanni Legrenzi’s lively and intense “Sonate à quatro viole da gamba.” Wildcat Viols explores this music’s kaleidoscopic variety of colors and moods with fearless depth and sensitivity.

WILDCAT VIOLS was formed in 2003, bringing together three of the San Francisco Bay Area’s favorite early string specialists, Joanna Blendulf, Julie Jeffrey and Elisabeth Reed, and was joined in 2015 by internationally recognized viol virtuosa Annalisa Pappano. Praised for their musical rapport and the shared enjoyment that radiates from their performances, they have been hailed as “refreshing”, “sensuous”, “gutsy”, “incredible artists” and a “breathtaking ensemble.” Early Music America magazine called their debut concert at the 2004 Berkeley Early Music Festival a “wonderful offering… beautifully played.” In 2010 Wildcat Viols, at the invitation of Artistic Director George Benjamin, performed the complete 3- and 4-part Fantazias of Henry Purcell at the Ojai Music Festival, receiving lavish audience and critical praise. That same year, Wildcat Viols released their first recording, Fairest Isle, of music by Purcell, Locke and Hingeston. 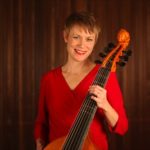 JOANNA BLENDULF holds performance degrees with honors from the Cleveland Institute of Music and Indiana University, where she studied with Stanley Ritchie, Tsuyoshi Tsutsumi and Alan Harris. In 1998, she was awarded the prestigious Performer’s Certificate for her accomplishments on baroque cello from Indiana University. She is currently performing with the Portland Baroque and Indianapolis Baroque Orchestras, Musica Angelica and American Bach Soloists. Ms. Blendulf is also an active chamber musician, touring with La Riche and Co., Ensemble Mirable, Reconstruction, the Streicher Trio and Wildcat Viols. She was named runner-up in the 2000 Early Music America/Dorian Competition for her recording of the complete cello sonatas of Jean Zewalt Triemer. Ms. Blendulf ’s summer engagements have included performances at the Bloomington, Boston, and Berkeley Early Music Festivals, the Aspen Music Festival, and the Carmel Bach Festival, where she was the principal viol player. 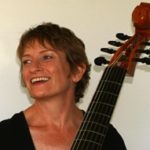 JULIE JEFFREY has been playing the viol since 1976. She has performed throughout the U.S., in Canada, Mexico, Europe and Australia, and teaches privately and at workshops in the U.S. and abroad. Ms. Jeffrey is a member of Sex Chordae Consort of Viols, founder and creative mastermind of Wildcat Viols, and embodies half of the viol duo Hallifax & Jeffrey. She is co-founder and co-director of Barefoot Chamber Concerts, has served on the Viola da Gamba Society of America board of directors, and is a co-founder and active member of the Viola da Gamba Society, Pacifica Chapter. 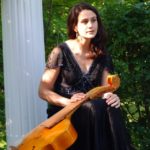 ANNALISA PAPPANO is the founder and artistic director of the Catacoustic Consort. She studied at Indiana University’s Early Music Institute and at Oberlin Conservatory of Music. Her playing has been described by critics as “mercurial and enchanting” and “with a sound that is lighter than air with the airy luster of gilding on the mirrors of a rococo drawing room.” She has performed throughout Belgium, England, Ireland, Colombia, Canada, and the United States, appeared on nationally syndicated radio, and played at the Berkeley Early Music Festival, Vancouver Early Music Festival, and the Ojai Music Festival. Pappano is a member of the Oberlin Consort of Viols and Atalante and has performed with numerous other ensembles, including the Houston Grand Opera, the Cleveland Opera, the Portland Opera, the Portland Baroque Orchestra, Opera Atelier (Toronto), the Toronto Consort, the Concord Ensemble, Cappella Artemisia (Bologna), Wildcat Viols, Consortium Carissimi, Mélomanie, and Bella Voce. She has taught at Viola da Gamba Society of America national conclaves, the Viola da Gamba Society Pacific Northwest and Northeast chapters, the San Diego Early Music Workshop, Viols West, and the Madison Early Music Workshop, and has been a guest lecturer at numerous universities. Pappano led the Catacoustic Consort to win the grand prize in the Naxos/Early Music America Live Recording Competition and recorded a program of Italian laments on the Naxos label. Pappano teaches viola da gamba at the University of Cincinnati College Conservatory of Music. 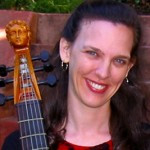 ELISABETH REED teaches baroque cello and viola da gamba at the San Francisco Conservatory of Music, where she is co-director of the Baroque Orchestra. A member of Archetti, Voices of Music, Pacific Musicworks, and Wildcat Viols, she has performed at, among others, the Boston Early Music Festival, the Berkeley Early Music Festival, the Ohai Festival, the Whidbey Island Music Festival, the San Luis Obispo Mozart Festival, and the Smithsonian Institution. A graduate of the North Carolina School of the Arts, the Oberlin Conservatory, the Eastman School of Music, and Indiana University’s Early Music Institute, she can be heard on the Virgin Classics, Focus, and Magnatune recording labels. She also teaches at the University of California at Berkeley and is a Guild-certified practitioner of the Feldenkrais Method of Awareness Through Movement.