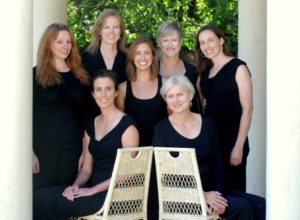 The “elegant, full-blooded” singing of Vajra Voices and zesty, vibrant harp and vielle playing of Shira Kammen join together with the recorder, psaltery, and magic of Kit Higginson to illuminate the mystery and wonder of the new year. This program boasts medieval, florid chant, luscious French motets, and chansons of Dufay, such as Bon Jour, bon mois, bon an; and beautiful Middle English poems told in enchanting settings and enhanced by a bit of mystery. Join this celebration of new beginnings that hearkens back to the magic of Winter’s light. Festive attire is suggested. 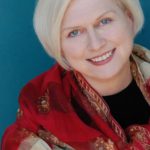 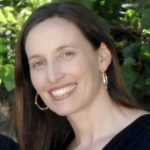 AMY STUART HUNN is the Founder and Artistic Director of the Collage Vocal Ensemble, a chamber choir based in Los Altos, CA. She appears frequently as a guest conductor in the Bay Area, most recently preparing the Stanford Symphonic Chorus for performances of the Verdi Requiem with conductor Jindong Cai in March of 2014. She holds a D.M.A. in Choral Music from the University of Southern California, as well as bachelor’s and master’s degrees in music from Stanford University. She has studied vocal performance with Gregory Wait and Wendy Hillhouse; she is currently a student of Karen Clark. 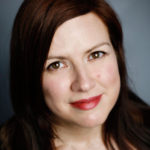 Phoebe Jevtovic Rosquist’s singing spans repertoire from the medieval to the contemporary, with a specialty in the baroque era. Currently residing in Northern California, she was born in Germany and grew up in Cleveland, Ohio. Phoebe began her undergraduate studies at the University of Louisville with the intention of becoming a jazz singer, but soon discovered that early and classical music was her true calling. She has appeared as a soloist with the Waverly Consort, Voices of Music, American Bach Soloists, Musica Angelica, Bach Collegium San Diego, and North Holland Opera. Roles Phoebe has performed include Despina in Mozart’s Così fan tutte, Filia in Carissimi’s Jephte, The Bride (soprano soloist) in Stravinsky’s Les Noces (Svadebka), Amphitrite in Locke’s Tempest, Cupid in Purcell’s Timon of Athens, Josephine in Gilbert and Sullivan’s H.M.S. Pinafore, and the title role in Rossi’s Orfeo. Among her varied collaborations are the baroque ensemble La Monica; medieval ensemble Cançonièr; art song with celebrated pianist Robert Thies; and early music and dance with Italy’s visionary Art Monastery Project and Bologna-based Cappella Artemisia. Phoebe has also toured the US and Indonesia with Gamelan X (a Balinese/hybrid world music ensemble), and sung Balkan and folk music with Kitka and VOCO. Phoebe can be heard on a diverse collection of albums recorded on the Naxos, Nonesuch, Delos, Dorian, and Decca labels. Highlights include singing in studio sessions at the iconic Capitol Records in LA, and at Skywalker Ranch in Lucas Valley. Phoebe completed her Master of Arts degree in Early Music Performance at the University of Southern California, and has edited a book of 17th-century solo songs by Tarquinio Merula published by A-R Editions. Also a choral conductor, she has been an assistant director of the San Francisco Symphony Chorus, directed a Gregorian chant choir in Newport Beach, coached music for several Shakespeare plays, directed the Art Monastery Coro in the US and Italy, and co-directs the Women’s Antique Vocal Ensemble (WAVE) in Berkeley. 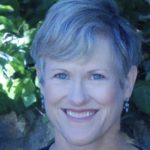 ALLISON ZELLES LLOYD (soprano) has recorded and performed in the United States and Europe with Bimbetta [d’Note label], Medieval ensemble Altramar [Dorian], Paul Hillier’s Theatre of Voices [Harmonia Mundi], Jeffrey Thomas’ American Bach Soloists [Delos], and minimalist, Steve Reich [Nonesuch]. Allison can also be heard on several Indiana University Focus label recordings including the Hildegard The Lauds of St. Ursula, and the recent 2013 Naxos release of Bortniansky Hymns and Choral Concertos. Allison holds a Masters of Music degree from the Early Music Institute of Indiana University. She also utilizes her vocal, medieval harp skills in the music education of young children and has been teaching Music Together and Orff Schulwerk music programs in the SF Bay Area for the last fourteen years. Allison is a lecturer on Early Childhood Music Education at St. Mary’s College for undergraduates and Montessori certificate candidates. She continues to sing locally with the ABS Choir, and Calextone. 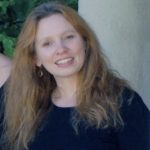 A native of the San Francisco bay area, mezzo-soprano CHERYL MOORE enjoys performing both in concert and on the stage. Roles include “The Mother” in Menotti’s Amahl and the Night Visitors, “The Baker’s Wife” in Sondheim’s Into the Woods, and “The Sorceress” in Purcell’s Dido and Aeneas. In 2010, Cheryl earned a DMA in Early Music Performance Practice from Case Western Reserve University where she studied voice with Ellen Hargis and Aaron Sheehan. While working on her doctoral degree, her primary area of study focused on late 16th- and early 17th-century solo vocal music and dance for the stage and, for her final project, she reconstructed a Jacobean house masque. She currently lives in Cotati and studies voice with Karen Clark. In her spare time, she enjoys making Medieval and Renaissance costumes for living history enthusiasts and teaching Renaissance dance classes. 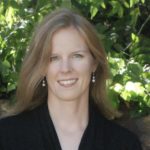 LINDSAY MCLENNAN (soprano), an active performer specializing in baroque and contemporary music, comes from the San Francisco Bay Area, where she was born and raised. Lindsey will graduate with a masters degree in early music voice performance from the Early Music Institute at Indiana University this August, after having studied with professors Paul Elliott and Patricia Havranek for two years. During her time at IU, she has sung as a soloist with the IU New Music Ensemble, IU Classical Orchestra, IU Baroque Orchestra, IU Contemporary Vocal Ensemble, IU Symphonic Choir, and for the world premiere of Don Freund’s Medicine Wheel, for two voices and Native American flute. Lindsey is looking forward to finding her way back into the California music scene this fall, when she moves to the West Coast with her husband, Nick, and adorable dog, Deuce. 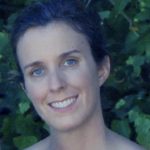 CELESTE WINANT, alto, enjoys singing Hildegard, Jefferson Airplane (last heard at a karaoke bar in Truckee, CA), and everything else that comes in between. She studies voice with Karen Clark and performs regularly with American Bach Soloists, AVE, Philharmonia Chorale and Volti. Last spring, she toured with San Francisco Lyric Opera’s critically- acclaimed production of David Lang’s Pulitzer Prize-winning the little match girl passion in Odense, Denmark. Among other hobbies, Celeste holds a PhD in Physics from UC Berkeley, and an S.B. in Physics from M.I.T. As a post doctoral fellow at Lawrence Livermore, Celeste worked on the development of nuclear physics instrumentation for dark matter and neutrino detection. 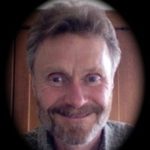 KIT HIGGINSON (recorder and psaltery) is known to audiences in North America and Europe as a soloist and member of early music ensembles. He is was a founding member of the medieval music group Ensemble Alcatraz and was formerly a member of Holly Alonso’s La Corte Musical. He has also appeared with Anne Azema, The Boston Camerata, Philharmonia Baroque Orchestra, The Los Angeles Chamber Orchestra, The Oregon Bach Festival, San Francisco Opera Center, and vocalist Lauren Pomerantz. He has recorded for Nonesuch, Hänssler Classics, Erato and harmonia mundi usa. He has served on the faculties of the SFEMS Medieval Workshop and The Amherst Early Music Festival. In addition to his performing experience, Mr. Higginson currently serves as the Production Manager for the record label Music & Arts Programs of America, Inc. He resides in Berkeley, California. 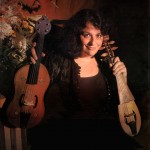 Multi-instrumentalist and occasional vocalist SHIRA KAMMEN has spent well over half her life exploring the worlds of early and traditional music. A member for many years of the early music Ensembles Alcatraz and Project Ars Nova, and Medieval Strings, she has also worked with Sequentia, Hesperion XX, the Boston Camerata, the Balkan group Kitka, the King’s Noyse, the Newberry and Folger Consorts, the Oregon, California and San Francisco Shakespeare Festivals, and is the founder of Class V Music, an ensemble dedicated to providing music on river rafting trips. She has performed and taught in the United States, Canada, Mexico, Europe, Israel, Morocco, Latvia, Russia and Japan, and on the Colorado, Rogue, Green, Grande Ronde, East Carson and Klamath Rivers.

Shira happily collaborated with singer/storyteller John Fleagle for fifteen years, and performs now with several groups: a medieval ensemble, Fortune’s Wheel: a new music group, Ephemeros; an eclectic ethnic band, Panacea; an English Country Dance band, Roguery, the early music ensembles Cançoniér and In Bocca al Lupo, as well as frequent collaborations with performers such as storyteller/harpist Patrick Ball, medieval music experts Margriet Tindemans and Anne Azema, and in many theatrical and dance productions. She has worked with students in many different settings, among them teaching summer music workshops in the woods, coaching students of early music at Yale University, Case Western, the University of Oregon at Eugene, and working at specialized seminars at the Fondazione Cini in Venice, Italy and the Scuola Cantorum Basiliensis in Switzerland.

She has played on several television and movie soundtracks, including ‘O’ a modern high school-setting of Othello and ‘The Nativity Story’ and has accompanied many diverse artists in recording projects, among them singers Azam Ali and Joanna Newsom. Some of her original music can be heard in an independent film about fans of the work of JRR Tolkien. The strangest place Shira has played is in the elephant pit of the Jerusalem Zoo. She has recently taken courses in Taiko drumming and voiceover acting.