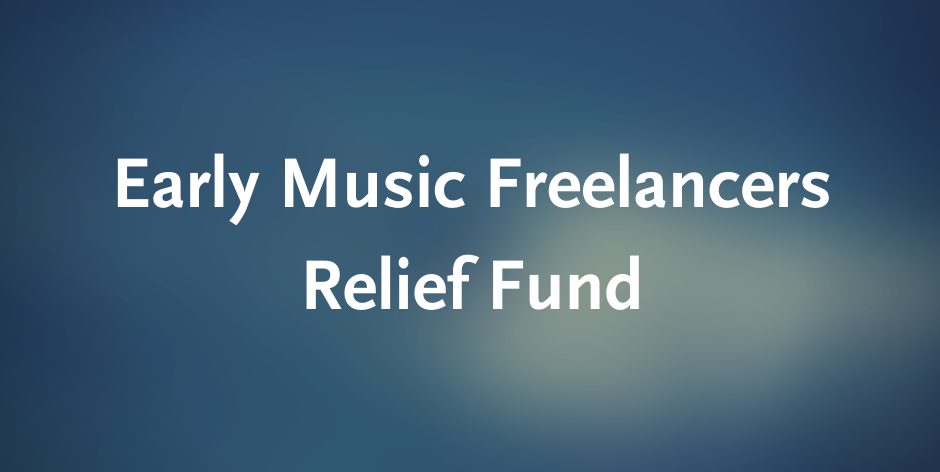 SFEMS would like to extend its heartfelt gratitude to those of you who helped us provide a safety net to musicians affected by the loss of work during the pandemic by supporting the Early Music Freelancers Relief Fund. We could not have done this without all of the people in the early music community who so generously donated—especially our board, who provided the seed money as well as subsequent donations to keep the fund going throughout the past two years.

The impact of that generosity has been profound: SFEMS has been a leader in providing financial help to musicians; we moved quickly to get aid to those affected as soon as possible, and we are the only local arts organization to do so continuously and consistently since March 2020. We can say with pride that we were able to provide grants for two full years, giving out over $84,000 in twenty five rounds to local musicians suffering from pandemic-induced loss of income. In addition, we did so without the gatekeeping or documentation requirements that at times became onerous barriers to people already struggling to rebuild their lives and careers.

It is because of your generosity that SFEMS has been able to give these grants to our professional musicians for such an extended length of time, and we are grateful for all you have done to help them through these difficult times.