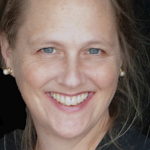 Vicki Melin Baroque and Renaissance Flutes, has performed in early music groups throughout the U.S. and in the Bay Area such as the American Bach Soloists, Voices of Music, Live Oak Baroque Orchestra, California Bach Society, MUSA, the San Francisco Renaissance Voices, and her ensemble, Nash Baroque. Ms Melin attended Boston University for her Masters of Music, studying with Christopher Krueger and The Royal Conservatory of Music in Den Hague, The Netherlands, where she received an Advanced Diploma in Performance, studying with Wilbert Hazelzet. She has performed with early music orchestras and chamber ensembles in the United States, The Netherlands, Italy, and is frequently a guest soloist with International Organ and Chamber Music Festivals in Poland. Visit: the youtube video of the ensemble Cantica Sacra for the 2013 International Organ and Chamber Music Festival in Raciborz and Krakow, Poland. 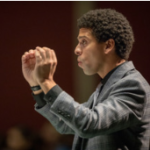 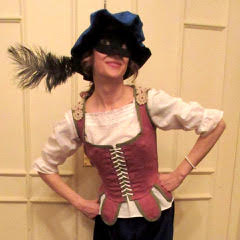 Jennifer Meller is the Bay Area’s newest historical dancer and researcher. She began her studies in 15th through 18th century dance while performing in the “Opera, Early & Ancient” series with San Francisco Renaissance Voices (SFRV). In 2012 Ms. Meller became the dance director for SFRV and started the affiliate dance troupe, San Francisco Renaissance Dancers. Jennifer pursued dance seriously into her twenties in New Jersey and New York, then moved to California and started a rock band and worked as a session musician into the late 1990s. She also studied Indonesian, Afro-cuban, West-African and Brazilian music and dancing as a World Music major at California Institute of the Arts. Her approach to historical dance is that it should be as fun as possible and is never difficult as long as you listen to the music. 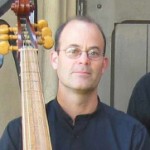 Farley Pearce has performed with the Spoleto Festival, the Charleston Pro Musica, and as a recitalist in Brazil and Uruguay.

Mr. Pearce has been an active free-lance performer with many of California’s orchestras and chamber ensembles, including the Jubilate Baroque Orchestra, S. Chordæ Consort of Viols, Philharmonia Baroque Orchestra, Airs and Graces, and many other period instrument groups. 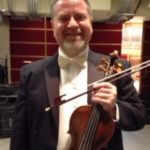 Violinist and violist David Sego grew up in Phoenix, Arizona. As a student of William Magers, he received Bachelor and Master’s degrees in viola performance from Arizona State University. He has studied Baroque violin with Marilyn McDonald and David Douglass, and has participated in master classes with Monica Huggett, Andrew Manze and Stanley Ritchie. Since moving to the Bay Area to focus on Early Music, David has established an active performing career and is in demand on the West Coast, appearing with Jubilate!, California Bach Society, Sacramento Baroque Soloists, Bach Collegium San Diego and Philharmonia Baroque Orchestra. He is a founding member of Bay Area early music ensemble Galileo Project, whose mission is to bringearly music to wider audiences in non-traditional venues. In addition to performing, David is a busy educator, serving as director of the San Ramon Youth Symphony, which he founded in 2006, and teaching violin and viola at his studio, Galileo Music Academy. In 2016, David joined the faculty of Sound Minds, an El Sistema-based, free after-school music education program funded by California Symphony and based at E.M. Downer Elementary School in San Pablo, California. David has recorded for TNT network television, Canyon Records (including R. Carlos Nakai’s Grammy-winning Inner Voices), Tempest Records and Wildboar Records. 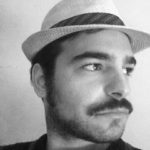 Adam L Sussman teaches acting and directing at University of Texas at Austin where he is currently an MFA candidate in directing. Prior to his time in Texas Adam taught drama at the Bentley School in Oakland and Lafayette, Childrens’ After School Arts in San Francisco, and Contra Costa Civic Theatre’s Advanced Camp in El Cerrito. Adam also worked as a teaching artist with Ragged Wing Ensemble in Oakland and as a mentor at the Berkeley Repertory School of Theatre. Adam is a former Bret C Harte Directing Fellow at the Berkeley Repertory Theatre where he assisted directors on a number of productions including One Man, Two Guvnors, Party People, Head of Passes, and Anna Deavere Smith’s Notes From the Field. As a director Adam has worked with Ragged Wing Ensemble, Custom Made Theatre Co, Stagebridge, Playwright’s Center of SF, Playwright’s Foundation, Just Theatre, and the HATCH Collective of which he is a founding member. 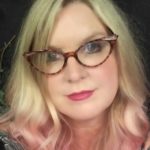 Jennifer Hobbs, M.S., M. Ed.,  is a fine arts teacher for the Fairfield-Suisun Unified School District, where she currently teaches high school level art and choir, and is department chair of Visual and Performing Arts and Career Technology.  She collaborates with the drama department, serving as scenic art supervisor and musical director for the school’s theatre productions.  Jennifer is also involved with local community theatre and music as a pianist and musical director.  She holds two masters degrees in education (Cross Cultural Education and Educational Leadership) and a BFA from California Institute of the Arts, where she studied painting, graphic arts, filmmaking, world music and dance.  Prior to this, she has taught private piano, voice, and guitar lessons and performing arts workshops for youth in San Diego. Before her teaching career, Jennifer performed as an original performance artist and songwriter in venues in Los Angeles and San Francisco, and worked as a free-lance artist.  Jennifer also loves to invent recipes, to cook for groups of people and create homemade gifts and crafts. 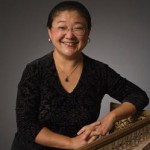 Yuko Tanaka is active as a harpsichord soloist and ensemble performer. She performs with numerous ensembles including Music of the Spheres, Philharmonia Baroque Chamber Players, Moscow Chamber Orchestra, and American Bach Soloists. She has appeared with the San Francisco Symphony and the San Francisco Ballet Orchestra.