Dr. Prescott’s lectures for interested adults have become a beloved institution for SFEMS members, as he has used his extensive scholarship, intelligence and wit to make early music and its historical context come alive for enthusiastic audiences. Over the past eight years, his well-attended, in-depth courses—always including many audio samples—have covered the biographies and works of such musical giants as Bach, Handel, Vivaldi and Telemann and surveyed entire periods or historical movements, such as his 2013 lectures on the French baroque or 2014’s series the transition from Renaissance to baroque in Italy, England, Germany, and the Low Countries. In 2015 he focused on the history of a particular group of instruments, surveying the development of keyboards from the late Renaissance through the early Classical periods, and in 2017, he surveyed the development of chamber music during that same historical period. Last year, he explored how young Mozart’s “Grand Tour” of Europe enriched his musical development.

As with Dr. Prescott’s previous lectures, proceeds from this course go to benefit the SFEMS Music Discovery Workshop and Youth Collegium, a week-long summer day camp that introduces children to early music and social history through music instruction and theater projects. Since colonial America is this year’s focus for those workshops, it is entirely appropriate that the lectures explore this same, fascinating historical event.

This March’s five-day lecture series will explore the fascinating and often overlooked history of music in North America before the mid-nineteenth century. The course will focus primarily on composed art music rather than the rich history of popular and folk music in North America. We will learn about five centers of musical importance. Dr. Prescott will discuss how the religious and cultural foundations of each settlement determined its relationship to art music. No previous musical experience is necessary, come listen, learn, and join in the adventure. 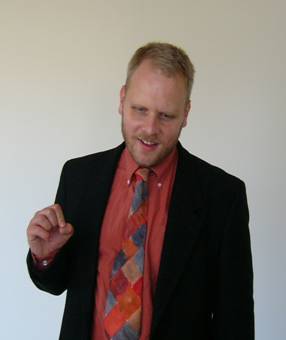 Day 1 will focus on music in New England, where home-grown composers William Billings created the beginnings of a simple American choral idiom. Day 2 will turn to Williamsburg, Virginia, and efforts to recreate London’s musical scene. Day 3 examines the Moravian communities of Bethlehem, Pennsylvania and Salem, North Carolina, where high art music was used in the service of Protestant devotion. Day 4 moves beyond the English colonies to New Orleans, the New World’s center of French opera. Finally, on Day 5, the topic will be California’s missions, where the glories of Spanish cathedral music given New World vigor.

You may register for all five days or individually by day. Musical experience or ability to read music are not necessary. Come listen, learn, and join in the adventure! Tuition is $30 per lecture ($25 for SFEMS members) or $125 for the full, five-week course ($110 for SFEMS members). For further information about this course, to register, or for information about an “Early Bird” registration discount, contact Suzanne Siebert at suzannesiebert@gmail.com.

John Prescott is an affiliate of the San Francisco Early Music Society.