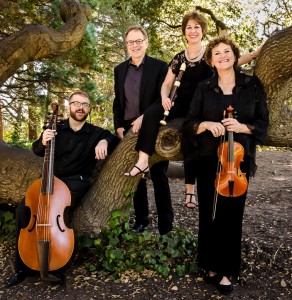 Grammy-nominated countertenor Ryland Angel joins Musica Pacifica in a stunning program highlighting the connections between the sacred and the secular during the Italian Middle Baroque. The program features appealing sacred motets of Alessandro Scarlatti and Alessandro Stradella, as well as complementary instrumental works by these composers and their contemporaries. The music of this era is not as well known today as it should be, but its characteristic marriage of virtuosic agility and sustained lyricism was a major inspiration to the composers of the next generations—Corelli, Vivaldi, Handel and Bach.

MUSICA PACIFICA has, since its founding in 1990, become widely recognized as one of America’s premier baroque ensembles, lauded for both the dazzling virtuosity and the warm expressiveness of its performances.  They have been described by the press as “some of the finest baroque musicians in America” (American Record Guide) and “among the best in the world” (Alte Musik Aktuell).  At home in the San Francisco Bay area, the artists perform with Philharmonia Baroque and American Bach Soloists, and appear with many other prominent early music ensembles nationally and abroad.

They have performed on some of the most prestigious concert series in the U.S., including Music Before 1800 and the Frick Collection (NY), the Getty Museum (Los Angeles), the Cleveland Art Museum, the Pittsburgh Renaissance and Baroque Society, the Seattle Early Music Guild, the Houston Early Music Society, and the Los Angeles County Museum, among many others.  The ensemble has been featured at the Berkeley Early Music Festival three times, and their first appearance there was cited in Early Music (UK) as “perhaps the standout of the entire festival.” They have performed at festivals in Germany and Austria and have been heard on German National radio as well as on National Public Radio’s “Performance Today” and “Harmonia” and on Minnesota Public Radio.

Born on St Cecilia’s day, the British counter-tenor RYLAND ANGEL has built an international reputation on both the opera and concert stage, in repertoire ranging from the Baroque to new operatic commissions at major opera houses, concert halls and festivals throughout Europe and the USA.