Marin Headlands Workshop for Recorders May 9–11 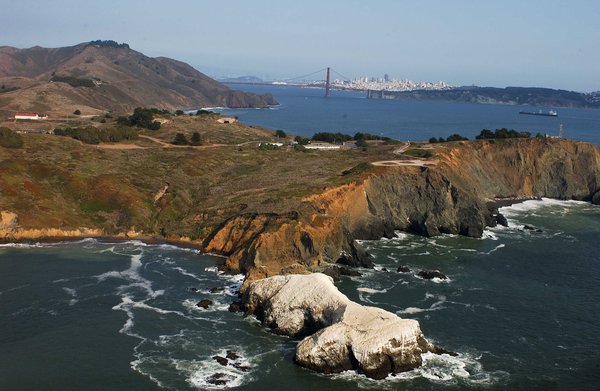 Just over the horizon is the Marin Headlands Workshop, running from Friday through Sunday, May 9–11.  This much anticipated event, sponsored each year by the East Bay Chapter of the American Recorder Society (EBRS), offers intermediate to advanced recorder players the chance to spend all or part of a late spring weekend—often touted as having of the Bay Area’s most agreeable weather—in a beautiful setting, playing, singing, and hanging out with a convivial group of fellow musicians. This year’s workshop once again will be held at the YMCA Point Bonita Conference Center in the Marin Headlands of the Golden Gate National Recreation Area, north of San Francsico. Faculty will include Louise Carslake, Frances Feldon, Claudia Gantívar, Greta Haug-Hryciw, Shira Kammen, Andrew Levy, and David Morris.

“We’ll kick off this year’s Marin Headlands Recorder Workshop with a session led by Shira Kammen. She’s planned an evening with L’homme armé for us. The tune is a secular one from the French Renaissance and it might have been a call to arms. It appeared on the scene just when Ottoman Turks had taken Constantinople really demoralizing the Europeans! The song depicts the armed man as one who should be ‘feared’ and ‘proclaimed’ and exhorts every man to arm himself in a coat of iron mail. Interestingly, it became the most popular tune for vocal settings of the mass at the time. Thirty of the 40 masses that included it were written between 1450 and 1510. Come learn more about this ‘gnarly Renaissance pop melody’ and play several versions of it with Shira.”

Other course offerings over the weekend will include a rich assortment of Spanish and Latin American music from the 15th–18th centuries, motets by Bach and Lassus, In Nomines and Ricercars, plus much more.

For full information and to register, go to EBRS’s website and download the brochure. Full and partial weekend attendance are possible; however registration cannot be guaranteed after May 1 and will depend on available space.