Fall Semester Course in Medieval and Renaissance Music at CCSF

This Fall, after a hiatus of a dozen years, City College of San Francisco will once again be offering a course in Medieval and Renaissance Music. This course is the initial component of a chronological sequence titled History of Music in Western Culture, although each part is an independent course. This class will be a survey of music and musical style from the tenth century to about 1600, which marks the transition to the Baroque era. But the social, cultural and political conditions that influenced the musical developments will also be explored. 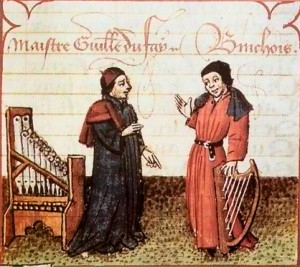 The Medieval era is sometimes referred to as the Middle Ages, a term bestowed on it by a later age. Rather than being one unified historical period, it offers a succession of styles over a period of time that is more than twice the duration of the Renaissance era, which followed it. Monophonic music was of great importance for the Medieval period, whether sacred plainchant or secular songs—the repertoire of the Troubadours or Trouvères, for example. But polyphonic music—music with two or more independent voices—developed during the Medieval era. Polyphony came about at first as a means of adding parallel voices to chant. But relatively soon thereafter music began to be composed with independently moving parts. The class will learn about different genres of sacred and secular music, first in the Medieval era (the period from approximately 900 to 1450 A.D.), highlighting a few composers such as Machaut, Landini and Dufay, and then the Renaissance era (the period from approximately 1450 to 1600), with such celebrated composers as Ockeghem, Josquin, Byrd and Palestrina. In comparison to vocal music, relatively little medieval era instrumental music survives, most of it coming from about the fourteenth century onward. Following the introduction of music printing in the Renaissance (early sixteenth century), the production and distribution of instrumental music for solo instruments and ensembles increased.

Two secondary topics will be tracked throughout the semester. One is musical notation. Although there were earlier efforts to capture melodies in writing, the methods developed from about the tenth century on became the basis for a more comprehensive system of notation leading to the white mensural notation system that prevailed during the sixteenth century. (That is the system on which modern musical notation was built.) Another topic of interest will be the musical instruments that were used over the course of the Medieval and Renaissance eras. It turns out that musical instruments originating in the Middle East had a significant influence on the instruments that came to be played during the Medieval and Renaissance eras, and this applies to strings, woodwinds, brass and percussion instruments. Today’s vibrant early music movement, rooted in explorations from the 19th century, led to an approach referred to today as Historically Informed Performance. For Medieval and Renaissance music, this ultimately led to professional and amateur musicians playing music on replicas of instruments from the Medieval and Renaissance eras—sometimes familiar instruments like the recorder but also instruments that had become obsolete such as the douçaine, the cornetto, the rackett, the citole or the tromba marina. Instruments that had become obsolete could be revived based on a variety of evidence, their repertoire rediscovered and their playing techniques gradually reclaimed.

The Music 22A class will consist of lectures and readings, written assignments and listening. As the Bay Area is one of the foremost centers of Early Music in the United States, there should be numerous opportunities to hear engaging live performances of Medieval and Renaissance music by local and visiting solo performers and ensembles. 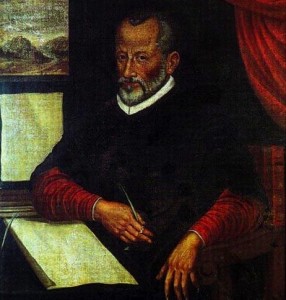 Music 22A will meet on Tuesday and Thursday afternoons from 1:10 to 2:55 p.m. in room A-132; this is located in the Creative Arts building in the northwest corner of the Ocean campus (the street address for the campus is 50 Frida Kahlo Way). Although most Fall classes will be starting the week of August 19, Music 22A will start on Tuesday, September 3, just after Labor Day. The class can be taken for a grade or on a pass/not pass basis. There are no prerequisites for the class, so it is transferable for Humanities credit for the UC and CSU system. Of course musicians and music lovers are also encouraged to take the class for personal enrichment. Due to the “Free City” program, San Francisco residents are exempt from tuition, though there are some minor added student fees. Otherwise, the fee for a credit class is $46 per unit. The College website is www.ccsf.edu.Sadly, one of the biggest challenges for new students is getting through the registration system—one has to be admitted to the College in order to sign up for a class. To contact the College, the main number is 415-239-3000. The Music Department can be reached at 415-452-7244. If there are questions for the instructor, he can be contacted by e-mail at riquerique@yahoo.com.

Dr. Harry Bernstein earned a D.M.A. in the Performance Practice of Early Music from Stanford University. But his real introduction to early music outside of music history classes occurred upon entering graduate school. The director of the Collegium Musicum thrust a cornetto in his hand and said, since you know how to play the trumpet, you should be able to play this. It was a transformational experience that eventually led to a study and concert performance of Alessandro Stradella’s serenata, Il Barcheggio (a boating entertainment). He has been a recorder player, flutist, violist, singer and composer, though he no longer plays lip-reed instruments. He has enjoyed performing Renaissance and Baroque music with a number of choral ensembles over the years. He currently performs with the San Francisco Composers Chamber Orchestra, the Bay Area Rainbow Symphony and the Awesöme Orchestra Collective. Dr. Bernstein lives in San Francisco where he has been a music instructor at City College of San Francisco since 2006.