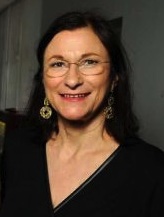 Birgitt van Wijk is Board President of Houston’s Ars Lyrica, the vocal instrumental group that made its regional debut at the Berkeley Festival last June, as well as a member of Early Music America’s Board of Directors. Recently, she was interviewed by St.John Flynn for Houston Public Media’s Arts & Culture program. An amateur in the truest, most positive meaning of that word, she recounts how she became involved in the early music scene and speaks passionately about the appeal of early music, especially the intimacy of the art, compared to music in the 19th century and beyond. She also discusses the important roles played by service organizations, including SFEMS, as well as the founding of both the Boston Early Music Festival and our Berkeley Festival, mentioning in particular Robert Cole’s contributions.

You can listen to the full interview here:  Interview with Brigitt van Wijk